Omg this episode was insane!! I had to keep stopping because I couldn’t stand to listen to John any longer!! What a nightmare he is!!!Lord!!!😅🙄🤣

Season 1 finale literally made my jaw drop! This podcast was amazing and addicting! Highly recommend!!

Always a great listen. I hope we all get to try your grandmas cookies!

Payne and the crew present extremely interesting cases. They do the work and and get dirty searching for info and it shows. The quality of the show and the way the information is presented keeps you hooked. They dig deep and get answers where others can’t or won’t. This podcast is better than any other true crime podcast in my opinion and rivals most of the true crime tv out there. This is journalistic and investigative work at its finest. Hope the seasons keep coming.

The first season is pretty rambling and doesn’t have a clear story running through it, so it’s a little hard to follow/understand and the episodes don’t seem to connect. But that was Payne’s first podcast ever. The second and third season are great, the editing, music, and Payne’s clear commitment to victims and their families. Keep making this podcast!

What is the ‘bonus’ of Tenderfoot +?

I subscribed to Tenderfoot + because I have always loved Payne’s podcasts. At this point, I have 1 bonus episode with Phil Holloway and Nina talking over a beer after a day of trial. I enjoyed the episode but is that what I subscribed for? I thought I was going to hear Payne’s weekly thoughts about the trial. I know the trial was only 2 weeks but I haven’t heard any bonus episodes. Disappointing…

Spoiler ads for his own show

I just found this and started listening to season 1 (and I’m a decent true crime podcast number). A few episodes in, the ads for the newest season came on and completely wrecked what I was listening to. I hadn’t even been to the point where anyone had been arrested yet. So that was really disappointing. I’m still listening, but that just seems like a simple mistake to avoid.

The Trial of Ryan Duke

Season one of Up and Vanished focused on Tara as the victim. However the season The Trial of Ryan Duke made him out to be the victim. The man who at the very least helped dispose of the body and possibly or probably helped commit the murder. It was very hard to listen as they kept pushing the narrative that Ryan deserved an innocent verdict. When in reality he should be in jail the rest of his miserable life! Tara and her family deserve better.

The ads spoiled the podcast within MINUTES of listening ; learned that she ended up dead by a former student, Stopped listening.

Might be an older story but the way Payne handles people and his integrity to the story and THE WAY he tells the story…. Stories… you would be missing out if you didn’t take a listen as a true crime lover! Thank you Payne for finding justice and a good listen! I’ve been hooked.

I started this podcast because I was doing a long road trip. However, what I didn’t know is that this podcast didn’t just report on cold cases, but the host (Payne Lindsey) was actively involved in solving the case! If it weren’t for him, the case wouldn’t have gotten this far. Revolutionary. 10/10 highly recommend.

You helped A murderer get away!!!

Ryan Dukes is Guilty and you with this podcast helped him get away!!!!

This was my very first podcast and the way Payne laid everything out made it very easily digestible. Payne is a truth seeker and calls it just like he sees it! I couldn’t be more proud of his dedication and his team to seeking Justice for Tara.♥️

So, for the positive: interesting true crime stories. I’ve listened to season 1 and 2. Entertaining. And, I do give credit to any of these podcasters as they bring attention to unsolved cases and generate interest in a cold case (which would otherwise not be there). So of course that’s a good thing. In the case of season 1…the renewed interest in the case may have helped in the resolve (although, I don’t think we can necessarily claim that—the podcast mentioned nothing about the people ultimately arrested). But sure, the attention to the case didn’t hurt. Could be coincidental…who knows. I think the host is assuming a lot of credit for the development of the case solving—more than is due. But anyhow, here’s what I don’t like about this podcast: to me there is a very obvious difference in the coverage between this podcast and others (like Serial and Tom Brown’s Body) that are covered by professional journalists. Some of those differences are production related (like the low sound quality of recordings and the cheesy ominous background soundscapes—the latter of which I honestly due enjoy—but more so in the fact that, the host Payne Lindsey does nothing to validate the credibility of his sources (in this podcast they are are horribly unreliable). Season 2 is complete nonsense, Payne Lindsey interviews people that haven’t even met the victim, and devotes all of the run time to people discussing town rumors—things they’ve “heard”. There was even a cringing moment when one of the sources gave his opinion based on the astrological sign of the person of interest in the case. Oh yea, and the “counselor” he interviews is a psychic. Great. Basically, the whole podcast is about the town rumors and intuitions. He does not talk to any law enforcement…just talks to a bunch of LSD junkies. Every piece of information is “I heard” from someone. It’s terrible. And Payne goes on to start referring to the disappearance as a murder, and warns the “murderer” to know that their day is coming. This is very amateur, laughable journalism. (At this point, we have not confirmed it’s a murder by the way). A professional journalist would be very clear on what is fact vs. hearsay, and would be VERY careful in quoting things that have disputed credibility. This host is a busybody stirring up town gossip in order to make an entertaining story.

Dude literally spoiled his own podcast in season 1. Like gave it away!!! Why would you do that?

I have followed this podcast through the beginning. Payne is amazing and has one goal. To find the truth about what happened to Tara. I saw a review about how he treated Brooke. Due to people trolling the webpage in the past, I must say. Payne handled Brooke well. She did not care about anything but herself and Bo. “Like girl wake up, your boyfriend helped or even committed murder.” That’s on her not Payne. If you want to listen to an intense podcast where you question everything but constantly can’t wrap your head around the multiple stories your told. This is it!

I really love this podcast! Payne and his team do a great job and I like the style of the podcast! Highly recommend!

Liked at first until…

I was really enjoying season one until I listened to Brooke’s story episode. The way that the host treated her during her interview was upsetting. It was arrogant and inconsiderate of the trauma she had experienced. He was trying to get her to answer for Bo and be responsible to his actions which she cannot do because she is not him. He got way to emotional towards her. While I wanted to finish the podcast and continue the other seasons, I cannot support how he responded and communicated. 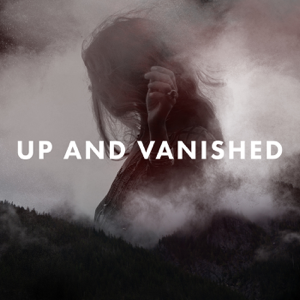 Up and Vanished is an investigative true crime podcast hosted by Atlanta filmmaker Payne Lindsey. In Season 1, Payne tackles his first cold case story, the unsolved disappearance of Georgia high school teacher and former pageant queen, Tara Grinstead. The 11-year-old case remains the largest case file in Georgia history and is still unfolding. Season 2 focuses on the disappearance of young mother Kristal Reisinger from a remote mountain town in Colorado. Up and Vanished aims to tell compelling, true stories and give these cases the exposure they deserve.

Up and Vanished is an investigative true crime podcast hosted by Atlanta filmmaker Payne Lindsey. In Season 1, Payne tackles his first cold case story, the unsolved disappearance of Georgia high school teacher and former pageant queen, Tara Grinstead. The 11-year-old case remains the largest case file in Georgia history and is still unfolding. Season 2 focuses on the disappearance of young mother Kristal Reisinger from a remote mountain town in Colorado. Up and Vanished aims to tell compelling, true stories and give these cases the exposure they deserve.