Keeping it tremendous with the best in the business - Uncle Joey & co. Thanks for the dedication, lessons and honesty. Keep it tip top magoo & hope to see you in the future as you possibly branch back out!

The best podcast. Uncle Joey is your psychologist. Life coach. And best friend who kicks you in the balls to improve your life. Joey is the GOAT!

Favorite of all time

This guy is the absolute best, I look fwd to mondays and Wednesday because of this podcast and his amp radio shows are F****ing tremendous! Stay black

Honest, raw and funny. Tells you just what you need to hear always.

Joey is the truth!!

I loved the church because the insanity but I hear complaints about the joint being boring but it’s about growth people and I’ve grown so much personally from the podcast and knowledge uncle Joey drops! Keep it going coco

Chugs water in your ear

I stuck around to see if it would improve but I simply cannot take the disrespect of drinking water in my ear every few minutes. Signing off after 12 years.

One of my favorite podcast…..loves to rip my PR people…..

Stands up for the comedy boys club but how would he feel about someone showing mercy the gateway into Hollywood when she’s 17?

Been listening to Uncle Joey for about 4 years. And he never fails to amaze me. Thank you.! Definitely recommend.

RedBar Owned Joey bad and Sam Trippy, he really rattled them, that was the pure comedy, RB LIVES

You want the best you’ve got the best!

Remember when you were a kid and you couldn’t wait to get the latest album from Zeppelin or Van Halen ?…well ..,that’s how I feel about this podcast yeah Uncle Joey is That good …in my humble opinion …reminds me of stern when he had an edge and wasn’t PC……keep on Rockin Joey and keep bringing back lee aka the (Flying Jew)

….until he started repeatedly talking about “white privilege” incessantly to get heat off of himself for politically incorrect comments that he made in previous episodes. It is cheap and typical of the people he criticized. Joey USED to be better than that, but not anymore. He is scared now, too.

Joey is saving my life

I work 12s everyday and I listen to this man 12hrs a day. Hes worth his weight in gold guys. I love you Joey.

Always a great podcast to listen to in the am 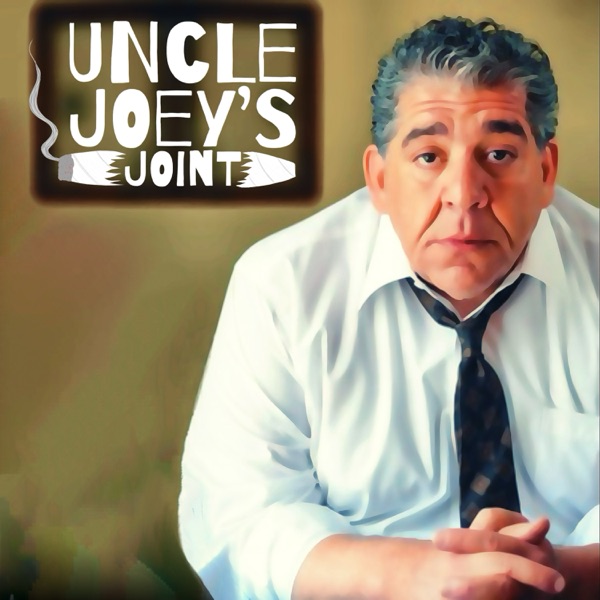 Uncle Joey's Joint with: Joey Coco Diaz is a twice-weekly podcast hosted by Comedian Joey Coco Diaz. Joey doesn't hold anything back and lets you know exactly what's on his mind. Welcome to The Joint.

Uncle Joey's Joint with: Joey Coco Diaz is a twice-weekly podcast hosted by Comedian Joey Coco Diaz. Joey doesn't hold anything back and lets you know exactly what's on his mind. Welcome to The Joint.