I’ve been listening to this show for years. I got into podcasts when I started working as a farm hand and this show was a great thing to have in the background while doing chores. I love how the stories are always unique yet topical to the moment! The storytelling is thought provoking and emotionally engaging. There have been episodes where I leave hopeful and episodes which leave me questioning what more can be done for our planet and our fellow man. I usually don’t leave reviews but I noticed that on this podcast and other podcasts which discuss political issues, whether with left leaning bias or without, get spammed with negative reviews from conservatives who clearly didn’t actively listen to the stories or are so blinded by Fox News and Daily Wire propaganda that they call This American Life of all shows “leftist propaganda”. Sure, sometimes the show has a left leaning bias, but if anything I’ve noticed that TAL offers a wider range of views than many other mainstream media. That’s why media literacy is important so that you can recognize fact, anecdote, and bias, as well as understand the difference between what is and isn’t propaganda. There’s a big difference between sharing stories or presenting facts that support left leaning political ideas in an effort to improve our world versus propaganda.

The granddaddy of them all - podcasts that is.

Before podcasts became common, “This American Life” was hitting home runs. My colleagues and I would discuss our impressions of episodes as we Xeroxed. Thank you Ira Glass and the talented contributors for this gem. The stories of Americans, the non-celebrity types who do the heavy lifting, are important.

When it’s not skewed, it’s one of the best.

Generally the podcast is extremely enjoyable and teaches a lot, my only issue is when the show is a left leaning skewed political story. 90% of the show is A political and great.

Reviewed on Apple Podcasts
A reader 2020

The narrator speaks in vocal fry and so is very difficult to listen to. I will have to miss this one.

This podcast is amazing—it’s for anyone & everyone of all backgrounds and generations. I have never felt so many emotions listening to any other podcast. Naturally, some episodes are better others but I’m never disappointed. If you only listen to one podcast in your lifetime THIS needs to be it!

… when Zoe Chase is reporting. Her flat accent is intolerable to my ear.

It’s really concerning that this show is coming out with this type of coverage of Viktor Orban… someone that George Soros is actively trying to defeat. I’m a life-long listener (millennial) of this show since the time it only aired on the actual radio… however I’m finding their coverage in the previous 5 years or so so biased that it’s difficult to stomach the show anymore. Real journalism is important, now more than ever, and it’s sad that this show is now being added to the long list of media that we can no longer trust as being factual and unbiased. Listeners, be warned!

Left aggravated by the lack of data on Hungary coverage - could sound like a horrible situation there if one only heard this broadcast without having any knowledge of big picture. That’s bad journalism- facts need to be reported not opinion - public radio is over. To tie a Florida law keeping Kindergartners from being sexualized in any way to this story is journalistic insanity - 100% guaranteed never to listen to this podcast again! The Florida law is about safety and anyone against is a fool.

I’ve listened to so many genres of podcasts and this is the one I look forward to dropping new episodes the most. It’s diverse, thought provoking and funny.

I meet a lot of people here

Ira slow down, I could barely hear what you’re saying. I love your program but you talk to two fast.

This is a awesome show

I love to listen to this when I’m drawing or doing any boring chore it always lightens my day. I love how this show always teaches me new things. I am always waiting for the next episode on the edge of my seat! I love this show so much! ❤️

I learn I laugh I cry

This American Life continues to be one of the best shows ever on any medium. I find myself sharing what I learned from it often. I feel changed by it, always in the best way, because it makes me think by expanding my understanding of the world.

This American Life is easily the best podcast I have ever listened to. The podcast is masterful at story telling and journalism. I’ve yet to listen to an episode I don’t love.

TLDR: Thanks for making me cry too

As a veteran public school teacher of 17 years and a supervisor of student teachers in training at the local state university, I’ve seen rural and urban public schools from several angles over the better part of two decades. Most reporting leaves me feeling certain that teachers and school issues in general are totally misunderstood. Nikole Hannah Jones, years back, was on your show with fresh reporting that was gutting, but also the most honest and important truth telling I’d ever heard or read about my own profession. I sobbed at the relief that *finally* someone got it and better, they had a platform to create an accessible piece so outsiders could listen in too. This morning’s podcast opened with teachers’ voices describing the absurdly heavy toll the pandemic has taken on public education in general, on us teachers, on kids, administrators... uncontrolled weeping in my car again. The gallows humor, the bizarre metaphors we make up in an attempt to relate the non-stop triage was perfectly on point, as if reported by a longtime insider. Even as (especially as?) I apply for other jobs this spring, I’m grateful for the reporting TAL is doing. At least someone is documenting all of this and disseminating it. Comment trolls spewing non-specific “it used to be better before I got uncomfortable” nonsense can take a hike. TAL is and has been top notch for a very long time. I know the word “justice” is now on the list of triggering words that have been canceled by right wing snowflakes, to appropriate their terms, but I do earnestly think this education reporting (not to mention the California climate episode) is a profound act of justice. Thanks, from a teacher who, not long ago, looked out the window over a janky computer monitor to see dark orange mid-day skies that were raining ash, and told a bunch of terrified, sweaty, pandemic-weary Gen Z kids over Zoom “We don’t know what’s going to happen, but whatever it is we’re going to do it together and we’re going to help each other”. I don’t know how we tell this story but I know TAL is helping. 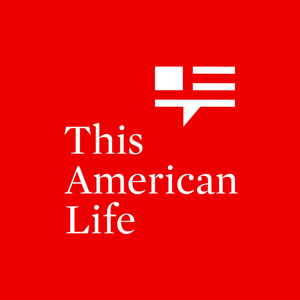 This American Life is a weekly public radio show, heard by 2.2 million people on more than 500 stations. Another 2.5 million people download the weekly podcast. It is hosted by Ira Glass, produced in collaboration with Chicago Public Media, delivered to stations by PRX The Public Radio Exchange, and has won all of the major broadcasting awards.

This American Life is a weekly public radio show, heard by 2.2 million people on more than 500 stations. Another 2.5 million people download the weekly podcast. It is hosted by Ira Glass, produced in collaboration with Chicago Public Media, delivered to stations by PRX The Public Radio Exchange, and has won all of the major broadcasting awards.