We just love you! Thank you for your daily work!

Annoyed by your optimism Dan!

No problem Dan!KEEP ANNOYING ME...Please thanks for your emotion and your OPTIMISM. Thanks Gallagher in Philadelphia

Listen to him Monday- Friday!

I love this guy. He’s relatable. I look forward to running errands bc it gives me an excuse to listen to Dan. It’s nice to listen to someone who actually gets it!!! Open your eyes people!

Dan, after listening to your podcast regarding the most recent blowup with Geraldo , I had to write to let you know that your words validated and inspired me. My cousin, who is a Episcopal priest, posted, on social media, a picture of a flag that said “a black man was lynched yesterday”. I was so horrified by it that I had to respond, which I NEVER do. I am sick of it and called him out. I sent him the actual definition of “lynching” and told him to check his facts. Gratefully, our conversation went well, but I was proud of myself for FINALLY saying something!!WHERE are all of the powerful ,privileged, LIBERAL, Black celebrities, politicians and people? The Obama’s, Oprah, the VP?? WHY aren’t they saying SOMETHING to stop the rioting and destruction??

Geraldo is a fraud like his friends on CNN and Governor of New your!!! He wants chairs to be thrown on air!!! To get raitingsTOTAL USELESS AMD Fraud!!Why does Hannity give him the time!!! If I ever stop watch ing fox or Hannity will be because of Geraldo!! Hannity!!!! Get rid of Geraldo!!! Your reputation is being distorted with this segment!!! He is useless!!!stop feeding in competence!!! Amen aloha

Dan provides factual data with supporting documentation. It isn’t the mumbo jumbo we hear from the MSM and it seems everyone from the liberal left. I’ve stopped watching MSM for a long time, I listen to Dan for the news I can trust.

This is the best show ever

Worst podcast, just ranting day after day. No guests, no learned people, nothing but rambling on and on.

Can’t wait for the radio show!

QKluxKlan podcast for those grasping at any wild nonsense to deflect from the fact that their orange messiah was canceled by the voting public by over SEVEN MILLION VOTES! It is difficult to admit when you've been conned, but go ahead and just rip the bandaid off and try to deprogram yourself. Just say the magic words and you'll feel sooooo much better - Trump lied to me. Give it some time to sink in.

There you go again

Keep drinking the cool aid dude . The liberals are going to distroy our country . Grow some balls and stand up to this crap ! How can you not see how they are trying to divide us ? GET WOKE !

Absolutely love the show. Never mess it ever!

You are spot on!! Great show!

One of the best 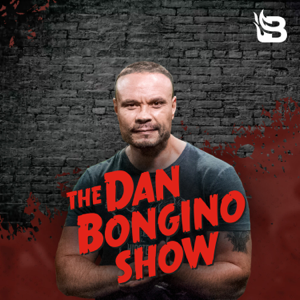