His voice is such a pitch and speaks so quickly and so rushed to get all of his stupid ideas out, that he sounds like someone has removed his testes. No wonder his wife is dry as the Sahara desert.

Ben Shapiro is my Hero

Thanks for speaking truth.

Thanks for always having a great show. I love your sense of humor and I think you’re fair.

David Joyce represents my district in Ohio. Not Indiana

I like listening to the weekly podcasts however he speaks so fast I have a hard time keeping up. It leaves me panicky

My dad loves Your podcast

Ben Shapiro blows the liberals away

I love Ben Shapiro. He is a great guy, who completely destroys the liberal’s theories. I don’t agree with everything thing he says, but most of it I do agree with.

Apple has always been a birth to end of life controller. That was always their intent. It will be the downfall of them when all iPhone users move to Tesla phones.

I dragged my feet on finding you even though I hear about you all over the place. And here I am now. Not at all disappointed. So quick witted. Honest. Truthful. And does not back away. Speaking out is the only way through all this mess. Thank you for what you do.

Love the insults disguised as arguments

Jesus said love everyone. LOVE THE PERSON NOT THE SIN

Ben’s just a really smart, well informed guy. But he’s like the bizarro NPR, with a sense of humor. I won’t listen to NPR because they only give half the story; same with Ben. He’s far to selective with his data and examples. Plus, I hate this smug attack style of podcasts. A minor point is the way he talks is exhausting. But that’s my problem.

Ben was once one of my heroes. He is a highly intelligent guys and isn’t afraid to tell the truth. However, he doesn’t practice what he preaches. He defends the value of free speech, however he claims that Alex Jones and Nick Fuentes are evil, they shouldn’t be heard, and that he will not debate them. He has used the labels alt right and anti semitic in order to hide from his opponents. I still like his show, but he has lost me as a fan

Used to be cool. He lost it.

Podcast is fun to listen in!

Reviewed on Apple Podcasts
i am a conspiracy theory

This dude is a Kanye fan. Negative 100 stars

Nails on a chalkboard in a classroom for the lollipop guild

Maybe someday Walsh will get though to Ben about Christ. :-) Love him but he needs to acknowledge Christ as his savior. <3 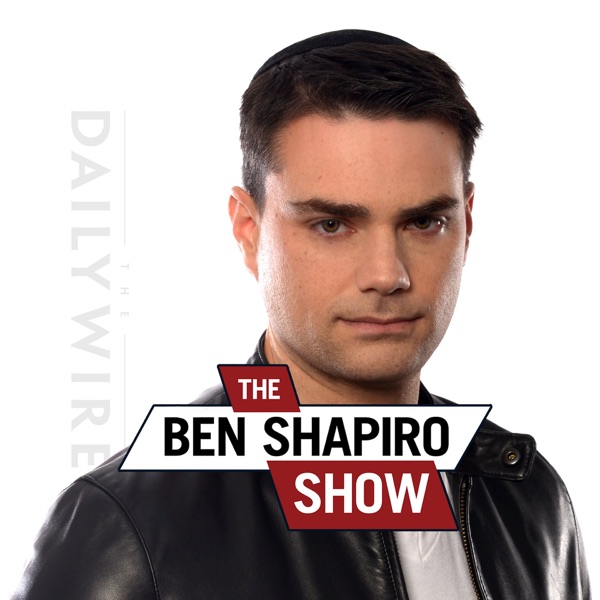