At the amount of negative comments and opinions I just read on here. I’m definitely thinking these jokers are jealous of you, Mike. They all sound so stupid in their comments, coming at you ?? LOL It was so left field to read. This is a forum for abuse victims to speak anonymously. Thank you Mike. You have my full support.

Well thought I may have found something constructive. Like a forum with no replies. But it seems it’s ppl wanting that 15 sec of fame to say how much they liked an episode or how they could relate to so and so but with no details. Then there are the folks that were calling in to actually use the site as it was intended but they are so timid or embarrassed, and talk so softly I personally can’t hear or make out the words being spoken. So that makes it very frustrating for an old fella like me. So I’m having to say good bye. Best of luck!! Mark

I like the premise of the podcast, and it seems like people who have experienced great trauma really do need to get it off their chest anonymously. The accounts are moving, especially when they are overcome. I’m not sure if voice messages are only programed to record 3 minutes? If not, I definitely recommend the recordings be longer than that, 5-10 minutes seems pretty sufficient.

First I want to say the comment made by RLS1968... is actually criminal & charges (& a deformation lawsuit) can be brought against this person. And I will support any action taken on them & sure others will agree. Not only mentioning personal low blows based on opinions, but RLS1968.. mentions personal info on someone that has nothing to do with this podcast! This info is none of the listeners business, nor the business of those mentioned in the podcast. This podcast could be something, but I think the host must stop & understand that it’s more important to spend weeks to get one episode AUDIO CLIPS perfect, than it is to get episodes out on a consistent timely manner. I know that the host means well..I know he knows how to make a great podcast too! But audio clips have never been his strength, I can hardly understand clips in the well known podcast... so I still suggest whomever deals with audio production needs to spend more time understanding that clips on here or there NEED to be well done. If I didn’t like the other podcast, I’d drop it because of the sound clip’s poor audio. Being in the spotlight will bring the roaches that leave their disease droppings in comments, but this is constructed criticism. (To RLS1968 - if that’s your year of birth then you’re old, too old to bring elementary idiocies to public eyes. Guess the old ones just don’t understand social media bc you’re just embarrassing yourself & causing legal troubles, as well as proof you’re the abusive controlling one that pouts when things do not go your way. GROW UP!)

I’m glad this pod is here so people can relate their stories, but I just can’t listen.

I am so confused- I thought my phone was messing up. These are like previews, not stories. It’s like two min long. So CONFUSED

The stories told by victims are heartbreaking , but so important. Keep giving them a voice!

Shame on the disgusting clut-like individuals trying to negative impact this podcast because it’s associated with someone they don’t like.Thank you Surviving This, to giving us a voice.

I’m not sure much is being done to advocate for the victim...it’s well produced but there are better podcasts like I Survivor that really support and advocate for survivors.

As a survivor, I’ve contemplated sharing my story. Unfortunately, my story would require a minimum of 20-30 minutes. Please consider allowing more time.

It's not for the fact that this show exists, it's who is publishing it that's truly despicable. Do people need a platform to tell their story (if they want to)? Yes. Should it be on behalf of a man who's known for being an abuser in all forms? Absolutely not. Mike has abused women who continually live in fear of him because of what he's done. His current girlfriend has FAMILY who is trying to intervene and ensure her safety. Mike will gaslight women, body shame them, and will act like a total incel if he doesn't get what he wants. Want proof? Look at his twitter. He's as transparent as a window pane, and is mentally ill-equipped to handle such cases with any sort of compassion and grace. He does nothing to add to these people's stories, and is trying to do some sort of low-effort virtue signaling acting like he "cares" about people. He is the epitome of an abuser, a wolf in sheep's clothing, and the absolute bottom of the barrel. A Narcissist's PrayerThat didn't happen.And if it did, it wasn't that bad.And if it was, that's not a big deal.And if it is, that's not my fault.And if it was, I didn't mean it.And if I did...You deserved it.^This is Mike.

I believe this has potential to be a great podcast, but it should be told in its entirety and not a snippet.

I like the short story format. Not been done before. Creative. Each caller should be given 5 minutes would be my only recommendation.

Give Them Their Deserved Time

Seriously Mike, why are you limiting them to 3 minutes? Please let them speak and tell their stories for as long as they feel they need!! It’s upsetting that many are completely being cut off!

This podcast is very much needed for those who need to get their words and feelings out.

Please Mike let them finish their stories. Please allow the recordings to be longer than 3 minutes

Great show. As a victim of abuse it’s comforting to hear other people’s stories and know you’re not alone. But for the love of god why three minutes? Let these people tell their stories. It’s almost disrespectful. You want to tell your story and talk about how you felt and you can’t do that in three minutes. Most callers get cut off. Super annoying. But great idea.

this isn't about hating mike boudet

To everyone putting down valid criticism of this podcast because you think it's just about disliking Mike, you couldn't be more wrong. Someone with a history of being sexist, misogynistic and disrespectful to murder victims (both sexually assaulted and not) should not be in charge of a platform used for victims to tell their stories regardless of whether you like him or not. Why on Earth would anyone think it's okay for a guy with no respect for victims to make money off of this? He's not a sexual abuse victim's advocate and you should be mortified that he's putting more money into his pocket off of said victims. If Mike wanted to do this to "re-habilitate" his poor image then he should at least first come out and admit that he's been wrong in the past and has done some crappy things and is trying to learn to be better. But that will never happen, because Mike is unable to recognize his own flaws and faults and he is unable to grow as a human being which means there is no way this podcast is about giving victim's a voice. I doubt he even listens to what they're saying in most cases. You deserve a voice, but your voice as a victim should not be filtered through the platform of a predator only out for monetary gain.

Thank you mike for this platform so that survivors like myself are able to tell our stories. I say to those who criticize the format, realize this. For many of us it’s difficult to speak even 10 seconds worth of words when it comes to our trauma. Three minutes many not seem like a lot to you, but for us it’s probably more then we’ve ever been given to speak about what occurred in our LIVES . You have no idea how much relief can be gained in 3 minutes or less simply by just speaking. You make not like the creator but at least have some compassion and gratitude for what he’s doing for people like me who he doesn’t even know, then ask yourself what are YOU doing to help us get our stories out. Forever grateful to you Mike B.

A unique way to share your secrets and unload. To the people who say it’s exploitation, how is that the case if the victims are the ones calling in and offering to share their story? Maybe possibly, it’s therapeutic for them to talk about it? Also, to the person who tried to pimp out a similar podcast, I went to check it out and there’s literally one episode. Not really sure how you can promote something there’s only a sample of and try and compare it to something equally new unless you have other motives. Anyway, I’m looking forward to hearing more episodes as this rolls out and gets finely tuned. 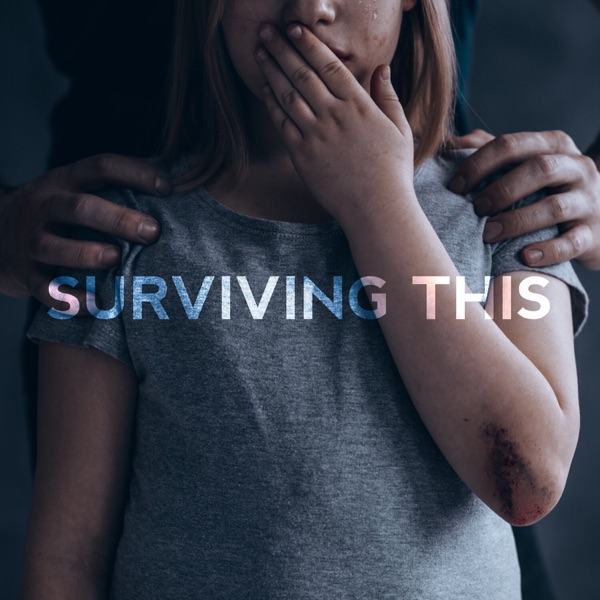