Ive always known about this ship but i always thought it was so weird and a little funny that my name is Celeste AND my birthday is on December 4th ..... whatttttttt

How about a show on that “Robert” doll?

I really like this podcast and am glad I found it. I have heard a few of these topics before on other paranormal podcasts that I listen to but it is nice to hear the information presented in a different format. I also enjoy the way that Ashley delivers it. The only real issue I have has been mentioned before: there are skips in the audio at times that seem to jump ahead and I will miss things. It doesn’t happen all of the time or to all of the episodes but it is peppered through out the series.

Not intriguing at all. Really tried to like this podcast but the stories just aren’t that interesting or creepy.

Great show for those who need a spooky fix

Host Ashley Flowers does an amazing job of keeping the listener entertained and wrapped in the story. She has a couple other shoes that I highly recommend Crime junkie is a must.

None of the episodes will play. Please fix

A lot of glitches

Ashley has a voice for story telling. I also listen to crime junkies and it’s amazing to say the least. This podcast has audio glitches in every episode where a good chunk of audio isn’t there and you don’t know what was said. I keep thinking I accidentally hit fast forward but I didn’t. I literally rewind every episode to double check. Makes it not as pleasant to listen too.

As a big fan of Crime Junkies, I was super excited for the launch of this channel. It’s awesome! The stories are super interesting and your storytelling technique is on point. Loved this episode too; just wanted to point out that your description of the effect of degaussing isn’t 100% accurate. You’re absolutely correct that’s it’s been used since WW2 to reduce a ship’s magnetic field. But, degaussing does not render a ship invisible to radar. Instead, degaussing is used to make ships less vulnerable to magnetic mines (i.e. smaller magnetic field, less chance that the mines will be attracted to the ship’s hull).You might be interested to know that there was a real Project RAINBOW with the goal of making aircraft invisible (or at least less visible) to radar. But not through the use of force fields, far-out physics, etc. In the late 1950s, the CIA experimented with applying radar-absorbent materials to its U-2 spy planes in an attempt to reduce the planes’ radar signature. However, because this technique was ineffective and actually compromised the planes’ performance (one plane crashed I think) it was discontinued. Again, great stuff. Love you channel. Keep ‘em coming!

Very interesting series!! Ashley is a great story teller!! I can’t wait till she does a 10 part series on Bill and Hilary Clinton’s corruption!

Ashley is a great narrator!

Came from Crime Junkies. Love Ashley’s voice and her great story telling ability. I have a few of her shows in my library. In this podcast she has definitely creeped me out a few times lol. Love the editing, music, and sound effects. Great production job all around. I thought this was going to be all about ghosts and paranormal but it’s got such a creepy variety. I was pleasantly surprised and will keep listening.

I LOVE ❤️ THIS PODCAST , ASHLEY 🌺 FLOWERS VOICE IS SO SOOTHING AND SHE ALSO MAKES THE STORIES VERY INTERESTING , this podcast is a must !!!! You must give the podcast a try if you don’t!!!! Will u r missing out

I get that it may be hard to come up with some fresh stories but everything here has been covered years ago by other podcasts. There’s nothing new or original about it.

Ashley Flowers, I Love You

Honestly, I would probably listen to a podcast where Ashley Flowers read us her grocery lists. She’s just that good of a story teller!! I’m enthralled with every show she is a part of 😍😍

I’m obsessed with you from Crime Junkie, Very Presidential, to this and everything in between! My kids (old enough to listen to some of the Supernatural episodes:) ) agree with me that you should SO consider some kind of narrating of children’s book! Your storytelling and voice is amazing and I know kids would absolutely love you. Keep on coming out with new stuff as much as you can!

This is my favorite podcast!

I’m a huge true crime buff, I love Crime Junkies, that’s how I found this podcast. I have never found a podcast that combines true crime with the supernatural like Ashley does here. Each episode is captivating, walking you through the events of a ‘supernatural’ case then leaving you with a haunting question, human or not? Absolutely wonderfully done I hate waiting for new episodes every week!

You got an Egyptian myth wrong

You got a Egyptian myth wrong

I’ve been absolutely addicted to your podcast since I started them last week!! You’re so talented and so easy to follow along with! Thank you!

Parcast is a soulless garbage company

I love listening to this while at work :). Makes my day so much faster and better. Love her voice. 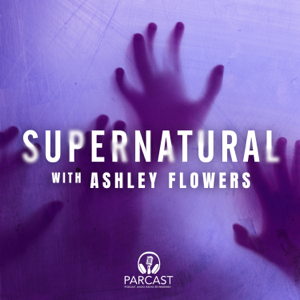