Awesome show that entertains for miles

Jimmy and James are hilarious! I am a long haul driver and it makes the cross country trip easier to bear each week.Keep it up guys!!

Laughing at the Worst

I somehow end up laughing at some of the worst things with these guys! A nice distraction & unique stories!

Thanks for filling my day with laughter!

Y’all have no idea how much y’all have gotten me through!

Just found you guys and loving every episode!!! Every stupid Criminal makes me laugh!! I have a lot to catch up on!!

It’s dark in here & I’m scared!!! Horses have fluffy tails too!! I’m just following directions...Love this podcast! The guys are hilarious, honest about life in general & a delight to listen to making fun of the world’s a-holes while telling victims’ stories with respect. Love these guys!

This podcast is legitimately the only reason why I have the podcast app on my phone. These occasionally vulgar, always hilarious gentlemen deliver an amazing, exciting production every week.

Bought my virtual live ticket since I unfortunately can’t see you guys live. I can’t wait! Love to listen to you guys

New to this podcast but totally addicted

Really enjoy this podcast! I’ve been listening to true crime for a while (dateline, wondery and crime junkie are some of my favorites) and cannot believe I didn’t come across this gem sooner. These guys are both hilarious and sensitive at the same time and I enjoy this so much that I don’t even mind when I have to run errands as it means more listening 🤣Wanted to comment on Episode #20, where James and Jimmie mentioned a “quick” child in connection with the murder victim... I’m an early medievalist and that concept actually dates to the medieval/ancient periods, when a woman could feel the child move inside her (“the quickening”) - a clear sign that she was successfully pregnant (Queen Mary I of England had, shortly before her death proclaimed that she was pregnant, but it was really (horribly) a huge tumor so she was of course not pregnant and in fact she croaked soon afterwards, much to the chagrin of her unsavory husband Philip II of Spain, who had major ambitions to est a catholic empire in Europe. ... so the long and short of it is that a moving child was really seen as clear proof that a woman was in fact pregnant). also just listened to episode #17, set in England, which I really enjoyed (I did my PhD in York, UK, and so it was fun to hear a story from that side of the pond (though of course the crime was horrific)). I particularly loved the references to the tenth century (my wheelhouse) and Domesday Book. If you guys do another England episode please feel free to hit me up for historical details on localities that you cover ☺️ I’d be super honored. Thanks for the great job you do. Love it!!

I recently discovered that flavored almonds go down much better than plain ones.

Just an awesome show and they told me to do this. Apparently I’m a follower

Here for the ratings

Jimmy cracks me up!

STM is hilarious, meticulously researched, and the banter between Jimmie and James is A+ 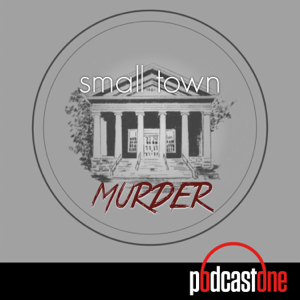 Two comedians look at a small town, what makes it tick, and a murder that took place there. In depth research, horrible tragedy, and the hosts' comedic spin on the whole thing. New episodes every Thursday!!

Two comedians look at a small town, what makes it tick, and a murder that took place there. In depth research, horrible tragedy, and the hosts' comedic spin on the whole thing. New episodes every Thursday!!