Hard to listen to

I gave this a try, and felt that it was pushing liberal/racist agenda. Still very one-sided. A shame, because the storytelling is fabulous. Best of luck

Get religion out of school

Yet another case confirming that religion of any kind does not belong in any schools. Enjoy them in mosques, churches or synagogues but don’t bring it in schools or politics.

At first I was surprised that Serial was sponsoring a story from England, but as I listened I heard that it was the same excellent reporting as the other seasons. Well worth the listen!

I absolutely love this podcast I started from episode one probably less than a month ago and I am now in season three and listen every chance that I possibly can between college, kids and life. It keeps me on my toes and causes me to have so many questions sometimes 😅Recommending stories: any way we can contribute??

Another fantastic installment. Keep doing what you’re all doing. The world is listening !! And THANKS !!!

Heavily biased towards the Left

The first couple seasons were great, unbiased journalism that really did a good job at presenting the facts and allowing people to draw their own conclusions. Unfortunately, the latest Trojan Horse Affair season (and even the 2 prior seasons), is far from that. Instead, we have to listen to a Muslim journalist who is clearly biased towards his point of view (he even kind of admits it in the show, so I guess that makes it ok?). He jumps to a conclusion before working on the podcast, and then spends the whole podcast searching for witnesses that fit his agenda, while merely brushing aside facts he comes across that are a pretty big deal for the other side, such as the extreme cases of sexism that were present in a public school. He spins everything as “well, the school is predominantly Muslim, so that makes it OK” or “yeah, so a teacher taught students that wifes cannot deny husbands sex, and that same teacher also got jail time for having an affair with a student, but that’s not extremism and the real issue is blah blah blah. I wish Serial would go back to neutral journalism, because the stuff they are coming out with now makes me want to vomit.

Serial is just…better than everyone at this

First, no offense to Hamza and Brian, but one of my favorite things about the narrative in every season of Serial is I can hear Sarah saying every line (whether it’s her or not). Second, where other podcasts — lazily and in droves — fall back on the podcast format as an excuse to shirk research, this podcast thrives on the format, creating more stories, fascination, accountability. Third, I say cautiously that The Trojan Horse Affair may be my favorite of the series…integrating Brian and Hamza’s friendship into the thematic whole - just awesome. So many others don’t even understand the format, let alone play it like strings on a guitar!

I had to the school work on this

BUT Hamza is seriously getting on my nerves.

As someone who practiced journalism and walked away from it in despair at what it’s become, I found the Trojan Horse Affair revivifying and heartbreaking at once. Your work shows brilliantly and honestly both how important investigative journalism remains to the functioning of democracy and how impotent it has become in the face of deeply embedded racism and corruption. I particularly loved how transparently you dealt with the issue of “objectivity” — a loaded and culturally relative term which should have been interrogated and abandoned in the US journalistic sphere long ago. Brian’s pique at the apparent violation of objectivity on the part of Hamza was profoundly revealing. I’m so glad you included that in the series. I also loved how there is no gotcha at the end. That opaque and inconclusive conclusion is exactly the right note to hit when reporting on systemic racism.

I enjoyed the first season, but I couldn’t get into any of the rest.

I just finished the Trojan Horse Series. This satisfied a deep addictive personality need for me while listening, and even though the ending doesn’t scratch my neat-ending-itch I was still satisfied nonetheless. For the curious and the forever student.

Just finished this series. Through the entire wild ride, I couldn’t help but think that the accusations being leveled against the Muslim school staff of plotting to infiltrate and then hold students captive to their world view actually mirrored what is, in fact, the stated goal of conservative, evangelical Christians in parts of our country. The obfuscation and political whitewashing of that movement is equally maddening to me.

I must be getting old because I can’t concentrate on what is being said. I’ve enjoyed the past seasons so I may try again.

The struggle resonates with me

I wish this didn’t end the way it did. Had me all the way up until the end. It’s almost felt like they ran out of funding.

Reviewed on Apple Podcasts
LIVE IT SO MUCH✌️🤘

I have been looking for a good true crime podcast and this is just one of my favorite podcast yet! I’m only on the second episode and I’m already in love with it💖

I would have loved to have this presented with a voice from which one couldn’t decipher the reporters own political stance. The difference between commentary vs unbiased reporting is made clear. If you’re interested in an opinion piece, subscribe here!

Honestly, I was so excited for this podcast. Serial and S Town were 2 of my favorites. I kept waiting for this to get good. A friend bagged it after 2 episodes and I wish I had. The story is important to tell but the hype of this podcast was way too much for what it delivered. I hate to say this because I know they worked hard, but I feel like I have to save other people from using their time to listen to this waiting for it to get really exciting.

Please go back to stories like season 1 and 2. This Trojan Horse season is sooo bad. :( 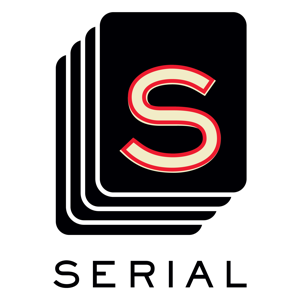 Serial is a podcast from the creators of This American Life, hosted by Sarah Koenig. Serial unfolds one story - a true story - over the course of a whole season. The show follows the plot and characters wherever they lead, through many surprising twists and turns. Sarah won't know what happens at the end of the story until she gets there, not long before you get there with her. Each week she'll bring you the latest chapter, so it's important to listen in, starting with Episode 1. New episodes are released on Thursday mornings.

Serial is a podcast from the creators of This American Life, hosted by Sarah Koenig. Serial unfolds one story - a true story - over the course of a whole season. The show follows the plot and characters wherever they lead, through many surprising twists and turns. Sarah won't know what happens at the end of the story until she gets there, not long before you get there with her. Each week she'll bring you the latest chapter, so it's important to listen in, starting with Episode 1. New episodes are released on Thursday mornings.