I like the stories and the narration is clear. My only issue is the advertisements. I don’t mind a few in my podcasts but there’s frankly too many in these.

Why all the giggling on such horrible murders? They sound like 12 yo girls at a sleepover. Deleting podcast now! Peace out!

Please fix the inaccurate credit given to the author for episode 11, from July 2019, on Bernie Baran. The author is a female, Charlie Worroll, but you have credited Charles Worroll!

Anything by Parcast is so well researched and well done. Love all of their series. They most likely have something for you. From serial killers to mythology to fairytales to crimes of passion or there series not guilty which is about people who were found not guilty but most of the time you really do think they did it. All are really well done.

Sorry, the writers and narrator need to educate themselves on basic legal concepts and basic criminal law before publishing commentary on it. I noted issues in every episode I listened to, but just stopped halfway through the Watergate episodes. Robbers? How about burglars? This is a very basic distinction. One takes from another’s person by force or threat of force, and the other breaks and enters with the intent to commit a theft or felony. Since when did Watergate involve robbery? Who was robbed? If you can’t screen your material with an actual criminal attorney or consultant, at least do a basic Google search instead of just inflating the terms into something else entirely. Come on...And indignant? I would imagine many criminal suspects and defendants feel indignant, but that does not qualify or entitle them to free representation. So how about indigent? Doesn’t that make more sense just from context? And “where the evidence and the verdict don’t always line up”... Not all evidence is admissible. And the standard of “beyond a reasonable doubt” is a very high burden. This podcast doesn’t seem to contemplate either of those; it just packages a condensed story with often incorrect descriptions of the law or a misunderstanding of investigations, and treats the summary as though the trial result should be common sense.

This is so cool! I love the format and how it starts with the crime and goes on to the trial. Almost all of my knowledge of court came from this podcast. Thank you Parcast and Vanessa!

I really like the host voice. I've listened to other podcast that she is involved in and really enjoy them.. cant wait to dig in..

VanessaHope you come back soon!

To many bonus clips

I enjoy the stories. However, not sure why nothing plays in chronological order. Instead of 1-20. It will automatically play 20-1 and then everything is out of order.

Better than most crime shows

I like this one a lot. It’s true crime that focuses on the case itself. I really like all the evidence that they give in detail because as a listener you can come up with your own opinion and theories, and but the pieces of the puzzle together yourself. My only criticism with this podcast is that it’s unclear if it’s profiling an innocent person who was wrongfully convicted or a guilty person who got off free. It’s a mix of the two but I think it’s confusing to listeners because it can seem like a glory profile. Though, the host, Vanessa, is very good at having a non bias tone and her presentation isn’t boring.

I love the amount of research and effort that goes into each episode!All Parcast podcasts are fabulous!

Intriguing cases with incredible details. Even stories I thought I knew I found out more about. I enjoy the storytelling throughout. Thank you for this addition to my normal podcast listening.

I have really enjoyed the “Not Guilty” podcast. Hearing about people accused and convicted of murder falsely, the trial that followed, and then the vindication has been very intriguing. As a matter of fact, they encouraged me to look into the cases further on my own. Even the case about the man who was probably guilty of killing his wife but got found not guilty. Most all of these cases were about people who were arrested and accused of murder, declared their innocence, went to trial, and were either found guilty or not guilty. As I said, very interesting podcast...until the Richard Nixon episode. This episode, in my opinion, did NOT belong on this podcast. It did not follow the same formula or subject matter as of most all of the previous episodes. Isn’t it such a coincidence that during a farce of an impeachment inquiry that is going on today that we get an episode of a President, also Republican, that was questioned and scrutinized and was sought to be impeached? Why wasn’t the Democratic President Bill Clinton chosen, who WAS impeached? And like I said, this episode with its subject matter shouldn’t have been on this podcast, rather it should have been on Political Scandels or Scams or something similar. Definitely not here. To me, this just shows that this particular incident was chosen with an agenda behind it. Especially when you hear the very last line in the entire story, as if being said today in light of what is going on today. Disappointing.

There was an inconsistency with some dates in the story. Also, the way Vanessa pronounced Crystallynn’s name wasn’t consistent with the way it was pronounced the whole episode. I’m from Buffalo and I know this case very well.

Admission: have a love-hate relationship with Parcast. This series hit it out of the park. I wasn’tamiliar with “Not Guilty?” but chose it today, the Lynn DeJac Episode, bc I had highway driving about 80 miles. I could not stop listening! This was so well done, beautifully produced, the suspense was killing me. I HAD to hear the end- even if it meant rounding the block again- given the podcast title and all :-) I looked the case up online afterward. For once, it appears podcast producers used their brains & had NOT plagiarized the press/source material. HOPE THE REST ARE THIS WAY- i think they will be. Kudos!! Made my day.

Holding up garbage people as heroes

The final straw was the episodes about DeJac. They treat her as a hero, when she wasn’t just a bad mother, she was absolute garbage whose actions directly caused the rape and murder of her own daughter. Garbage people who are talking about other garbage people like they are their heroes. Nope.

I find it disgusting how the Central Park 5 story was told. They described the detective “success rate” of getting “criminals” to confess is that the suspects felt comfortable with him. Conveniently neglecting to mention the physical abuse they endured. The boys were beaten, you can hear the screams in the confession tapes. Questioned without parents present a lot of corruption. This entire podcast is very misleading and purposefully portraying a fake narrative. The same way the press and detectives did when this gross injustice originally took place. Shameful 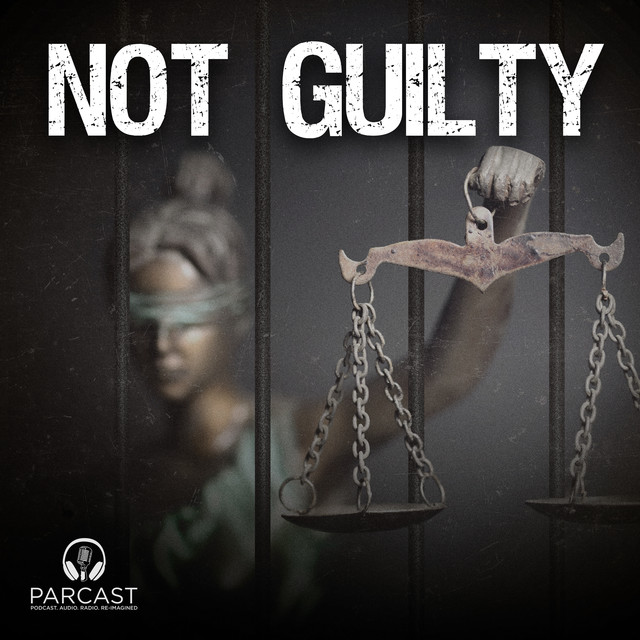 What defines guilt? Should we judge the accused based on the evidence found against them? Or by the decision made about them by a jury of their peers? Each week we look at complicated criminal cases, where the evidence and the verdict don’t always line up, testing the limits of “innocent until proven guilty.” Not Guilty is a Spotify Original from Parcast.

What defines guilt? Should we judge the accused based on the evidence found against them? Or by the decision made about them by a jury of their peers? Each week we look at complicated criminal cases, where the evidence and the verdict don’t always line up, testing the limits of “innocent until proven guilty.” Not Guilty is a Spotify Original from Parcast.