No one should tolerate this racist garbage!!! Needs 0 stars

As an activist, mother, and white woman who grew up in and raised myself out of poverty, this podcast is very insightful into how well intentioned white people can do more damage than they mean to due to class and racial inequality. The perspectives shared are amazing and open conversation and thought for those of us who want to do better for children of color and raising our own children to be better within communities of diversity! Everyone needs to listen and learn.

This show is so well made and well researched. I’m a teacher and the ideas she addresses aren’t new to me but her storytelling, research and the way she makes connections made this podcast riveting and groundbreaking. I think it’s really powerful for white people to look directly at how we use our power and privilege to hoard resources. It was hard for me to listen to as well! It’s natural to get defensive. But I hope all the people leaving defensive reviews on here listen to that nagging voice in the back of their head that asks them to open up to the possibility that we need to change this system instead of doubling down, denying racism and dismissing the evidence right in front of our faces.

Looking at previous comments only lets me know that what you say is true. Why can’t most white people understand this? Segregation exists!!!! Cmon people!

Good for parents who want equity

After listening and thinking this was truly an enlightening podcast, I was surprised by so many bad reviews. But reading them made me realize - people calling this podcast “racist” don’t really understand that word. Advocating for you child’s education isn’t necessarily a bad thing, but we should be advocating for ALL children. If you can’t admit there are real differences in our education system for white kids compared to black, brown & indigenous kids, then maybe you aren’t quite ready for this wake up call.

Microcosm of the world we live in

As a black educator I am disappointed of the number of people who continue to remain in denial. I’m no longer concerned with contending with the ignorant or those in denial. Unfortunately, this is the world we live in. I could beg for sympathy because I am a black educator, for 17 years a black single mom and a black woman in this world or instead I can understand the challenges I face and get a seat at the table and do something about it. I choose to do something about it. Anyway my take on this podcast: This podcast is the most enlightening and refreshing “call for change” to the white community by a white person I have ever seen. This is a strike on the foundation of the Eurocentric educational system that proves to repeat history and perpetuate racism through various systems, policies and procedures that have been in place in schools for at least 60 years. It is delivered in such a strategic way (both simple yet brilliant) that denying her claim would be along the lines of insanity. She uses a compilation of historical facts about New York’s public education system, interviews of parents, educators and the community in that area who had personal experiences along with her own thoughts and experiences as a white parent shed light on the most obvious glaring fact the black community has recognized for years.That White parents’ voice is the loudest, the most valuable and sadly has the most impact in the educational system.

Good But Not The Whole Picture

This podcast is good for perspective and gives some good information, history, and things to think about. However, I think this issue is more multi-faceted than the podcast digs into. The podcast verges at time on being a bit racist in its language. If I were to swap out the verbiage, for instance, in “how do we limit the power of white parents?” Into “how do we limit the power of Middle Eastern parents?” Or “Asian parents” or “black parents” I think it’s obvious that lumping a whole group together based on race can easily become by definition “racist”. All in all it’s interesting and I think helpful, but is pretty overly racialized.

My son attended a very diverse K-8 school in the city of Chicago, an affluent neighborhood but so many walks of life. It was awesome to have him in a school with multiple language speakers and all colors. I think all kids should have access to diversity and equity!

A honestly pretty good podcast, some of it feels a little unprofessional but overall great and very insightful and opened my eyes to something I didn’t realize I was affected by as a child in NYC. After listening to this I realized how true and obvious segregation in the schooling system was.

It could have been so much better

I love podcasts like this and went in thinking that I was the perfect demographic for it, but as each episode went on it became harder and harder to make myself listen to the next. In episode four, Chana Joffe-Walt says that the thesis of this show is that history repeats itself; I’m not sure if that’s followed through on too closely, but I think it could be said more accurately that history contextualizes the present.What’s such a big letdown is that the reporting done leaves so many stones uncovered that, by the end of the series, not that much has been contextualized outside of a very narrow thesis for just one neighborhood in one borough in one city in America. We never hear about discriminatory housing practices or school redistricting, income inequalities, No Child Left Behind, etc etc, and get just a brief mention of private and charter schools. Structural racism creates a very complicated mess of institutions, but her reporting never examines how they all interact to keep these problems around. A few times every episode I’d end up saying out loud, “Wait, go back. Can we get some follow up? Can you tell us more about that disparity? And numbers?”One of the most confounding moments is when she contacts white parents who had pushed for desegregation but then didn’t send their kids to the school they’d advocated for . . . sixty years ago. Most of these 90 year olds didn’t even remember that it had happened, and she even finishes one interview with the narration, “She said X, but what I think she meant was Y.” You think? Why don’t you confirm this?I don’t mean to make it all sound bad. Education is a huge part of structural racism and I’m glad that someone is examining it. I just don’t think there’s enough here to convince anyone of something they don’t already believe, or interest people who are already on board. In The Dark has gone much more in-depth with their reporting and given a much stronger idea to their listeners of how pervasive racism is in every level of daily life. If you’re interested in this, listen to their second season instead.

this is what’s wrong with our culture. Imagine if this was towards any other race

Really well done. A thoughtful, honest and insightful exploration of how systemic racism works in the education system and our roles in perpetuating it at the individual level.

It funny to see how many ignorant leftists are dumb enough to swallow this racist propaganda. Eventually, the self loathing will suffocate them till ending their miserable existence will be the only option left.

The definition of racism

The definition of racism....

This is a great look at how school systems operate, yes, with a lot of influence from white parents. Some other reviewers have called that a racist stance; it’s clear they didn’t zoom out to see the reality. And a shame. They missed out on a perfect podcast.

Misses the mark. NYTs sellout. Just disgusting. This podcast would have you believe that being involved in your child’s education is a criminal offense. SMH

Educational and opportunity inequity are our biggest barriers to progress. I deeply care about this subject. This podcast, however, is not even a little bit helpful. This illiberal wokeness rhetoric divides us and prevents progress.

Should be called Rich Parents

This podcast is personal, educational, inspiring, heartbreaking... Well researched. If you can separate yourself from your pride and defenses, this is an incredible learning tool. A crystal clear, well supported example of the systemic racism plaguing schools 50 years ago and today. 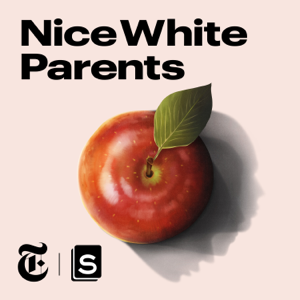 If you want to understand what’s wrong with our public schools, you have to look at what is arguably the most powerful force in shaping them: white parents. A five-part series from Serial Productions, a New York Times Company. Hosted by Chana Joffe-Walt.

If you want to understand what’s wrong with our public schools, you have to look at what is arguably the most powerful force in shaping them: white parents. A five-part series from Serial Productions, a New York Times Company. Hosted by Chana Joffe-Walt.