#1 podcast at barstool, 67th in volume

Blows my mind that for the longest running podcast I know of, you still haven’t figured out how to turn up the volume. Don’t know if you’re doing it on purpose so we go watch the YouTube but please turn up their voices.

Have been an avid listener for years and love the show but the length of the episodes now is insane. 4 hours? That’s basically an audio book. I listen on my commute can never make it through an episode or even the parts I want to listen to. Cut it down or break it up into multiple episodes.

Dude cheated on his pregnant wife.. not on board with that

I know what you did!

Ive been listening for like 7/8 years of this, still as dumb and fun as it was back then. My favorite podcast

Episodes Are Too Long

Why are the episodes so long now?

I stopped listening to Rogan because the episodes are too long. I am about a week away from dropping KFC

I love this show of idiots. They make me feel less alone in this wild world. And thanks for introducing me to some awesome comedians.

All around most entertaining and funny podcast I’ve listened to

Been listening for about 5-6 years and there’s a reason I haven’t switched to anything else!

Always loved it. Keeps getting better.

Can someone check on John

The unraveling is getting worse by the episode

The longer the ep the better baby!

You guys are the best

The most lovable idiots on the planet.

Kevin’s shtick is tired and John is an idiotic man Baby.

Love this podcast so much. The dark and childish humor is a great break from today’s overly sensitive world. Some guests are better than others, but you’ll have that with any sort of interview series. Keep killing it guys and I look forward to you all a few times a week!

I used to really enjoy the show but it became difficult to listen with John’s constant cackling and exaggerated laughing at his own stupidity. Like nails on a chalkboard. KFC does a great job of keeping the show bearable, but John is dragging it down as a co host. He would be more entertaining as a segment only. Less is more when it comes to John. Also, I guess it’s a snapshot of where we are as a society, but the woe is me, depressing, “I want to kill myself” rhetoric became too much. Not sure if it’s a shtick or real, but we get it-you guys are 1% in the podcast world and the sky is falling. Found more entertaining content. 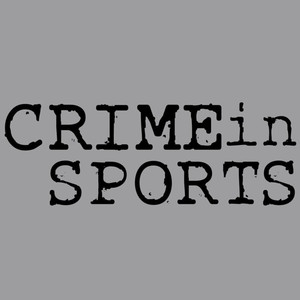 Two comedians take an unmerciful and hilarious look at athletes who have lost big games...with the law! Crime in Sports does the research, and finds the funny in the world of sports true crime. New episode every week!

Two comedians take an unmerciful and hilarious look at athletes who have lost big games...with the law! Crime in Sports does the research, and finds the funny in the world of sports true crime. New episode every week!