I really enjoyed this podcast and felt like it was well organized , informative and interesting. The section where she sympathizes with the child molesters and the difficulties they faced for life really lost me. The victims of these crimes have lifelong psychological and traumatic pain yet we feel bad because the people committing these crimes have a har drone finding housing and jobs ? I can’t stand behind that sentiment

If you like true crime podcasts then you must give this a listen. It’s different than the typical true crime-case-all-wrapped-up-single -episode that most put out. This is real original journalism and very well done. This story is riveting and very reveling about the challenges that many black Americans face today in the the south and likely other parts of the country. The journalists were respectful yet dogged and pulled back the curtain on this shameful injustice. Podcast Classic.

This is so eye opening about the incompetence that is happening there. Eye opening and sad

I would highly recommend this podcast to anyone who enjoys deep dives. I would highly recommend this podcast (mainly season 2) to anyone who is interested to know how they can help correct the continued systemic and systematic racism that plagues this country. I would recommend this podcast to anyone who does not believe black people are railroaded despite lack of evidence or guilt simply because they are black. This podcast proves that the same questions or concerns a person of color presents actually gets a response when coming from a peer (a white person), allowing justice to be served even 23 years later. This young woman did an excellent job of standing up for what is right and ethical and I believe many people can learn from this experience and become voices for those who will never be heard!!

The tail of two seasons

Season 1 is one of the best true crime pods, I’ve listened to. Season 2 is one of the worst I’ve heard. You have to listen to season 1. Madeleine is unbiased, doesn’t inject self into the story, and provides great data and facts. I particularly loved the insight Madeleine provided about sheriff departments and the cons of the sex register. It’s clear how personal the case and subject was to her. However, she does a fantastic job keeping the focus on the case and it’s facts. You never feel once, that she’s trying to twist the information to fit a pre conceived agenda. Was really eye opening work. Can’t recommend enough. Season two is remarkably disappointed. I laughed a few times think how the Madeleine from season one would shred this persons poor and bias work. In season one she correctly questions investigators for not following up on leads and not going door to door to find witnesses. Season two she is now criticizing the cops for hunting down every potential witnesses? 🤷‍♂️. It goes off the rails in episode two. She interviews a witness that originally says he and a female witness where together and saw the suspect running. The gentleman changed his story to, he saw the man running while he was alone much earlier in the day. He and the female witness still went to the store that day, but it was after the crime and they saw no one. Odd but ok, sure. Madeleine finds it credible enough. She then interviews the sister of that same female witness. The sister says they never left here sisters side all day. A lot of what the sister says is contradictory to the man witness. Madeleine, doesn’t once mention that. Instead seems to believes both. I was blown away.

Being born & raised in the Delta I’ve went to school & know the Forest family personally so for someone to step in and Make a significant difference in the case was amazing. We in Mississippi are so thankful for your hard work.

For people who take their podcasts seriously

This podcast is a model for all other podcasts. Each season In The Dark focuses on a super intriguing topic/case. They do an unparalleled deep dive into research. No stone is left unturned. This is like an old-school style of reporter embedding you rarely see nowadays. Each episode is edited well, perfect pacing so you are never bored. These people are smart and precise. Madelyn has the perfect voice that you will never grow tired. They are professional journalists who produce top quality reporting with no “bent.” You can hardly find this anywhere. I cannot imagine the work that goes in to pulling this off.

I can’t believe a podcast that started with a story about a little boy being raped and killed by a serial child predator turned into a story about how these poor, poor sex offenders are victimized by having to register after they get out of prison...UNBELIEVABLE.

I am so impressed with the amount of time you put forth to track down leads and research information. Top notch reporting.

Another deceptive podcast that only tells one side of the story while casting racist accusations against everyone involved that didn’t believe Curtis’ innocence.

This podcast was doing just fine but please don’t try to sympathize or empathize with sexual predators. They are having trouble finding housing after prison release? SO WHAT? Why is that the public’s concern? That whole segment with the Marcos guy was completely unnecessary and I stopped listening immediately.

Season 1 was going decently well until the host began to sympathize with and defend predators who rape children. Sickening.

Season one was pretty good towards the beginning, very interesting case but the host is WAY too biased. Just report the facts? Don’t even begin to watch season 2 all she does is talk about black vs white as if we don’t already hear way too much about that in today’s society. If you’re reporting on a case keep your own opinions out of it. Clearly anti police which is very sad. Goodluck to her

How many podcasts can you say saved a man's life? This one did. Heroic reporting on display here.

This is super thorough, Mad Respect 👍🏾

I’ve been binge listening to this sad story on season 2 and I can’t help but listen to this season all over again. I am even taking notes, mind you, this is a rarity for me. I am deeply grateful for how you guys dig super deep to gather information to make sense of the gunk that accumulated over time. Keep up the good work. Those who are trying to cover their tracks year after year, while convicting the same man, somehow failed to look into different suspects after all this time. This is one of millions of examples that should be and should continue to be exposed. I love it. As soon as I can, I will donate regularly.

First of all, she spends an entire episode defending sex offenders. Absolutely disgusting!!! Second of all, the absolute ignorance to bullet forensics is bewildering. She definitely has interesting points throughout but she seems to work very hard to push her point of all evidence is weak evidence if it’s pointing at her topic. I agree that the justice system is heavily flawed, but she is very inexperienced to be pushing theory that people don’t know what they’re doing. It’s a good podcast but I docked my rating simply because of her defensive attitude for sex offenders and ignoring forensic science.

Appreciate these two journalists spent a year investigating this case, but that doesn’t mean it should take the listener a year to listen to. Should have one quarter as many episodes.

Everything, from the reporting, the editing, the soundtrack, the effort and time invested in each story... it’s mesmerizing. Listening to them and the information they’ve uncovered, I find myself frequently thinking “why did it take this team to uncover this information?”. This is so much more than just investigative work. Must listen!

So good it was played for SCOTUS

The absolute gold standard for investigative journalism in this medium. They deserve all of their awards, and more.

I liked the beginning of season one but by the end I was just annoyed. You can clearly tell the host has a bias against police and I just wanted to hear the about the case/outcome 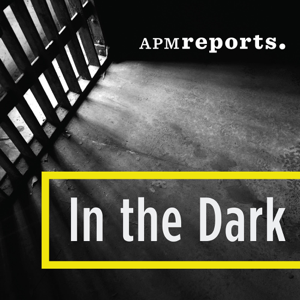 Reporter Madeleine Baran examines the case of Curtis Flowers, who has been tried six times for the same crime. For 21 years, Flowers has maintained his innocence. He's won appeal after appeal, but every time, the prosecutor just tries the case again. In the Dark is an investigative podcast from APM Reports. Season One focused on the abduction of Jacob Wetterling.

Reporter Madeleine Baran examines the case of Curtis Flowers, who has been tried six times for the same crime. For 21 years, Flowers has maintained his innocence. He's won appeal after appeal, but every time, the prosecutor just tries the case again. In the Dark is an investigative podcast from APM Reports. Season One focused on the abduction of Jacob Wetterling.