Will change the rating when Season 1 is completely on.

What is going on? I’m not liking suddenly moving to season 2 and not finishing the Susan Powell case whatsoever. It’s annoying.

Horrible season. Way too many random storylines and the voice acting is atrocious. Drawn out much longer than it needed to be.

Where are the other episodes of Season 1?!?! Don’t leave us hanging!

This is a complex situation reported in a non lascivious manner. The behaviors of Steve Powell were duplicitous and creepy, the child rearing of Josh’s mother sound very rigid. Many rationalizations made in the name of religious beliefs that helped create a confused Josh Powell. A sad, very sad loss for the Cox family of Susan Cox Powell, as it is for all involved, including the Powell’s, of course. Some of the negative reviews sound whacked.

Reviewed on Apple Podcasts
Gramma at

I’m almost done listening to season two. This has been a great Podcast. Well done!!!

The title speaks for itself. LOVED season 1. Season 2 felt like a different podcast entirely - cannot believe how much it dragged on. Would highly recommend avoiding season 2

Typical true crime that is fascinated with the killer but not interested in honoring the victim or the broader impact of the crime. Ugh. No thank you.

Season 2 is a no from me

Despite the annoyance of the Amazon app, I really enjoyed season 1. Very detailed, even a bit drawn out, but compelling enough to stick to the end. But season 2… geez I really tried. But I couldn’t tell you who the story is even about at this point. Episode 1 introduced so many people, places, and events that I totally forgot who the main character was. But that’s not even what made this a total fail for me. It’s the voice!! What happened to the narrator?! He didn’t sound like a robot in season 1, and now it is so distracting that I’m so focused on his over annunciation of every word that I had to shut it off. It doesn’t help the confusing all over the place flow whatsoever. Hoping for a redeeming season 3 because unfortunately s2 is a pass.

I really enjoyed the first season of Cold. This season drags a bit. There’s too much unnecessary detail. Also, the over pronunciation of words is extremely distracting. It almost sounds robotic. I was only able to make it a couple of episodes in.

I love this podcast! I’m on season 2. I hope there are many more seasons to come. Great job, Dave!

Stop with the robot voice

Look. I love the podcast. I can’t tell it took a lot of work. But PLEASE use your normal voice Dave!! The over pronunciation is super annoying.

Where are the other episodes from season 1?! I can’t find 5-9 anywhere

I have always wondered why males seem so insensitive to what female feel, and lack of confirmation of women’s fears. Thank you for being so aware of this in reporting this season 2. Why is it that most men (males) tend to make so many laws that do affect women (females), whether in the workplace, medically, and other ways? Why are women considered inferior, especially in the home setting, both for child care and financial (budgeting), and then educationally as a result of Covid/Zoom? Men leave much of these decisions up to their female counterpart, or in single parent homes where most single parents tend to be female—women have to be wise/smart in order to do all of these things, but men rarely have to deal with these choices themselves—and then physical safety for these women, too? Who is now writing all of these bills regarding anti-abortion and women’s health? The recent Texas law was authored by a man. Maybe women should come up with bills regarding men’s reproductive rights—even to the extent of castration, which affects a man for the rest of his life, just like a woman being denied an abortion at 6-7 weeks—the resulting baby will affect her for the remainder of her life. So much for “equal rights,” especially male gender versus female gender. Again, thank you so much for your emphasis on Joyce’s story, and how Doug is attempting to push it into the background.

with peace and love, the second season drags and drags and drags. it’s an important and interesting story, but it gets confusing and i never thought i’d say this: too much detail!

Single episodes are fun but no one beats the work and effort that Dave and his team puts into these seasons. Having an entire season for a true crime story is my favorite thing about this podcast. The stories are always engaging and compelling. I hope this podcast continues because it is one of my favorites

This podcast is only a teaser

In order to hear the whole thing you have to sign up with Amazon music. I would not have listened to it at all, had I known. Had to look up the rest of the story online. Spoiler alert - the guy is on death row as of summer 2021. No death for the wicked.

Yup you’ve all gotten so up yourselves in the true crime game. Most of season 1 doesn’t exist anymore. So recommending your podcast to anyone is now a thing of the past. Well done! All the tv shows with “talking…” are lame but this is just a painful cash grab and also a case of muddy waters. Season 2 is a mess. Unsubscribe. 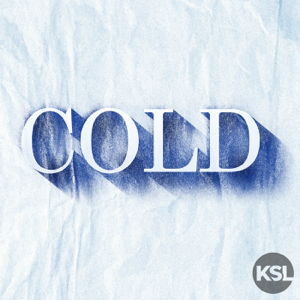 Susan Powell vanished on Dec. 7, 2009. Her body has never been found. From the beginning, West Valley City, Utah police suspected Susan's husband, Josh Powell, had murdered her. They never arrested him. COLD dives deep into the case files, uncovering never-before-heard details. You'll learn why Susan stayed with an abusive husband, why Josh did what he did and how the justice system failed Susan and her two boys.

Susan Powell vanished on Dec. 7, 2009. Her body has never been found. From the beginning, West Valley City, Utah police suspected Susan's husband, Josh Powell, had murdered her. They never arrested him. COLD dives deep into the case files, uncovering never-before-heard details. You'll learn why Susan stayed with an abusive husband, why Josh did what he did and how the justice system failed Susan and her two boys.